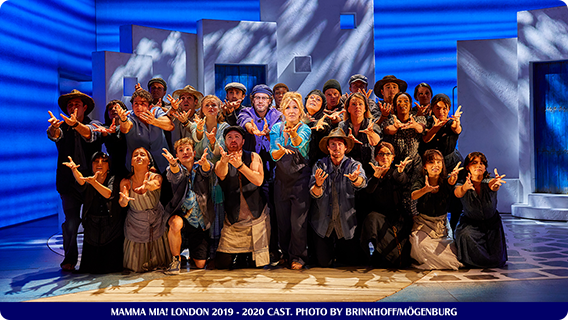 MAMMA MIA! London has extended with booking now up until Saturday 19 September 2020.

Tickets are ON SALE NOW!

MAMMA MIA! celebrated its 20th anniversary in London’s West End at the Novello Theatre on Saturday 6 April 2019 and is now in its 21st year.