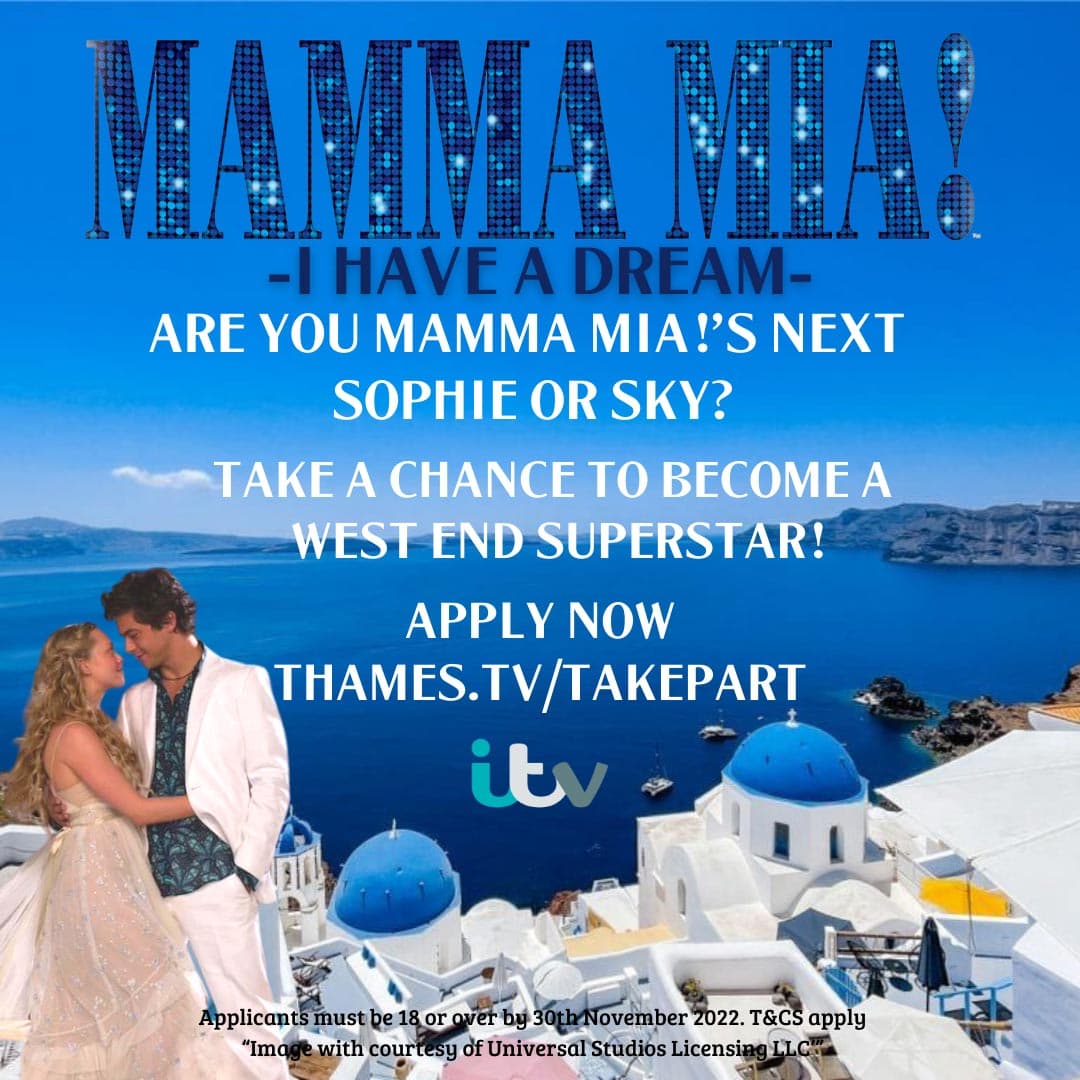 Are you the next Sophie or Sky? Compete to become musical theatre super troupers in MAMMA MIA! I Have A Dream!

A one-of-a-kind theatrical competition will launch a nationwide search to find the future musical theatre stars of global smash hit and feel-good musical MAMMA MIA!. Seen by 65 million people around the world, MAMMA MIA! has wowed audiences across the globe and continues to break box office records.

MAMMA MIA! I Have A Dream is a brand-new eight-part series from producers Thames, a Fremantle label, and Littlestar, with the stage set for its arrival on ITV1.

MAMMA MIA! I Have A Dream will search for two ingénues to play the roles of Sophie and Sky in MAMMA MIA! in London's West End, as characterised by Amanda Seyfried and Dominic Cooper in the two films. Throughout the series, musical theatre hopefuls will be put through their paces as they navigate their way through challenges, masterclasses, and performances.

The competition will culminate in a live, dazzling grand-finale, broadcast from a theatre in London's West End, where two winners will take it all and win the roles of Sophie and Sky in the musical.

Apply now for ITV's MAMMA MIA! I Have A Dream.

For any 'MAMMA MIA! I Have A Dream' enquiries, please email mammamiatvcasting@thames.tv.